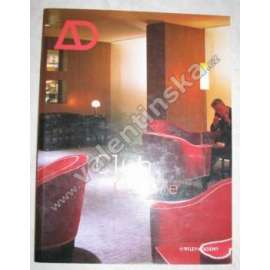 Množství:
Popis
OBrož. ISBN: 0470862157, John Wiley and Sons Ltd, United Kingdom, 2003, 128 S., 4° s barevnými fotografiemi v textu. Text anglicky. Zcela nová kniha. Clubs by their definition offer exclusivity. They are not global - they are placed. They are not open - they are closed. They do not offer everything - they specialise. In becoming a member, you also become special. The image of a club is as important as the spatial layout itself; and it is the job of the architect or designer to reflect an exclusive image in the physical spaces of the club."Club Culture" features: the new club class offered by airlines and the transit its members enjoy through exclusive spaces before and after boarding; the new members clubs of London and other major cities that have replaced the traditional 'gentleman's; the impressive technology and design behind the new breed of specialist sports clubs such as Ove Arup's design for the International Tennis Centre in Sydney; the slick contemporary architecture of golf clubs tailored to the business executive such as the Yangsan Adonis Golf Club in South Korea ".like jewel boxes on a green velvet blanket."; the funky underground clubs that serve the city's nocturnal clubbers; and, the ultimate in exclusivity that floats on the worlds waters, the new ship tailored only to those dripping in cash. This is an interesting take on Club Culture that has not before been published and will be interesting, provocative and visual. * V roce 2008 jsme zakoupili veškerou produkci společnosti Fraktály Publishers,s. r. o. V naší nabídce jsou tedy knihy z oborů: Architektura, design (Ladislav Sutnar atd.) a jejich produkce. V případě zájmu o tyto knihy, nás prosím kontaktujte na info@valentinska.cz *